As part of the Imagine Belfast Festival of Ideas and Politics, participants walked along the North Belfast ‘Cultural Corridor’, ending up at Ulster University for a brief seminar on the potential of community-led regeneration utilising local architectural heritage. END_OF_DOCUMENT_TOKEN_TO_BE_REPLACED

Some rape victims more ‘ideal’ than others? Hierarchies of wartime sexual violence
by Bárbara Orozco DÍAZ for Northern Ireland Foundation
18 May 2016

“Hierarchies of Wartime Sexual Violence” was a seminar organised by the Transitional Justice Institute (TJI) at Ulster University, within the scope of Gender Activities. END_OF_DOCUMENT_TOKEN_TO_BE_REPLACED

“The growth of the local economy has stalled and the Welfare Reform stalemate is holding back delivery of a reduced Corporation Tax, one of the main features of the Stormont House Agreement.” END_OF_DOCUMENT_TOKEN_TO_BE_REPLACED

The Northern Ireland Foundation is delighted to have been given an award from Building Change Trust, to pursue a civic activism project on digital fact checking in Northern Ireland. END_OF_DOCUMENT_TOKEN_TO_BE_REPLACED

What is Well-Being?
by Quintin OLIVER for Northern Ireland Foundation
10 March 2015

‘Well-Being’ is an odd term. It offends my grasp of the English language, in that I was never taught a verb: ‘to wellbe — I wellbe, you wellbe, he, she, it wellbes…’, nor even the slightly less gauche hyphenated ‘well-be’. END_OF_DOCUMENT_TOKEN_TO_BE_REPLACED

A pilot programme of the National Citizen Service (NCS), sponsored by the UK Cabinet Office, will bring together young people from different community backgrounds in Northern Ireland. END_OF_DOCUMENT_TOKEN_TO_BE_REPLACED 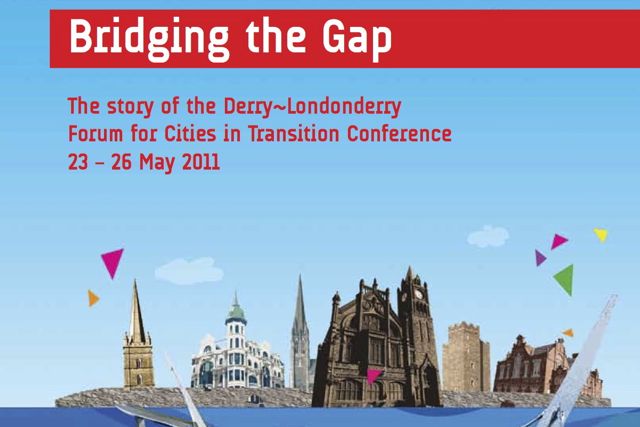 At Parliament Buildings, where the Northern Ireland Assembly sits, I was responsible for organising an event for our Forum for Cities in Transition project, which is an international network of mayors, councillors, municipal officials, business people, and representatives of the voluntary and community sector. END_OF_DOCUMENT_TOKEN_TO_BE_REPLACED

The Director of the Forum for Cities in Transition, Professor Padraig O’Malley, was in Belfast for the day. I quickly organised a series of meetings to increase awareness of this project and encourage greater involvement by those who are already formal members of the Forum, as well as by those who are doing excellent work in this regard. END_OF_DOCUMENT_TOKEN_TO_BE_REPLACED

Aside from the main theme panel discussions at LI’s 55th Congress in Belfast, Northern Ireland, numerous workshops were sponsored by LI cooperating organisations.

CALD (the Council of Asian Liberals and Democrats) and RELIAL (the Liberal Network of Latin America) organised a very ambitious timetable which saw discussion between the two networks about the state of liberalism in their respective regions of the world.

Chaired by LI Bureau Member Josep Soler, an African Environment Panel took place in which panellists were given the opportunity to discuss the severe environmental ramifications of climate change, which affect Africa in a manner that is often eclipsed by the humanitarian struggle in the region.

The Friedrich Naumann Foundation for Liberty hosted a CALD-RELIAL-ALN (Africa Liberal Network)-ALDE (Alliance of Liberals and Democrats for Europe) Freedom Roundtable which discussed the theme of: “Retreat of freedom and weakening governance: How do we safeguard democracy worldwide?”

The INLW (International Network of Liberal Women) also conducted their annual meeting after which a panel took place during which speakers from African and Northern Ireland discussed the role of women in conflict situations.

The Northern Ireland Foundation presented a workshop entitled “The Cost of Conflict: 10 years after Good Friday” which, while discussing the tremendous improvement in the situation in Northern Ireland, stressed the fact that there was still a long ways to go before peace is firmly entrenched in the region.

It is understandable if we get carried away by the recent announcement from brothers in arms Paisley and McGuinness that Northern Ireland will benefit from investments by the New York public pension fund through an ‘Emerald Equity Fund’, to the tune of $150 million.

However, the investors will expect a positive return, which our devolved administration at the Northern Ireland Assembly will have to guarantee.

Indeed, the situation is not dissimilar to the 2002 announcement by then Chancellor, Gordon Brown, of the reinvestment and reform initiative, and before that in 1998 to help encourage voters in the upcoming May referendum. Again, the political classes and others got excited, under-appreciating that the facility offered was a loan mechanism, and without the full terms being clearly set out.

It was like getting approval for a credit card without asking the percentage of interest you were going to be charged.

HM Treasury was making it clear that the decades of the billion-pound subvention had to come to an end. If the people of Northern Ireland would not accept higher rates and water charges now, they can pay for the new money lent by other means.

One can appreciate the reasons whereby the Northern Ireland economy reached such a sorry state. One explanation is that with the onset of ‘The Troubles’, the public sector grew, partially to address high unemployment and guarantee an end to Nationalist / Catholic discrimination. While manufacturing industry suffered across the UK in the 1980s and beyond, it found some cushioning through continued Government subsidy in Northern Ireland (at least compared to England, for example). The political situation maintained Northern Ireland as unattractive for significant inward investment, and the grants commonly went towards capital costs, with little net gain in employment.

On the bright side, the cocooning of the local economy protected it from the ups and downs of firstly harsh Thatcherism, and latterly the globalisation occurring in the wider world.

Forget the edicts by direct rule ministers during recent Assembly suspensions. It is high time for us — all of us — to take responsibility for generating the wealth and prosperity that we need constantly to improve the standards of our services and quality of life in Northern Ireland.

We can start with a debate on what our economy should look like.

Some individuals and groups already have. For example, in the 1990s the Northern Ireland Growth Challenge (transformed now to the Centre for Competitiveness) explored Michael Porter’s theory of competitive advantage: Northern Ireland should develop ‘clusters’ of those activities that it could keep ahead of the field, e.g. bio-medicine, applied engineering and tradable business services.

There will be constant pressure on familiar, traditional industries of textiles and heavy engineering, for which we can only compete if we add high value, as we have high labour costs (especially compared globally) and sometimes higher transport costs (‘the island off an island off the mouth of the Rhine’ or ‘une isle derriere une isle’.)

The settling in of our new Executive, with responsibility for outlining spending priorities and presenting a balanced budget, allows for a more mature debate about where we want to take our post-conflict economy, and how we are expecting to move there.

However, the most recent Budget approved by the Northern Ireland Assembly should give cause for concern.

Working for a shared and better future could have significant financial benefits. For example, how much of the estimated £1.5 billion additional expense of our divided society could be instead redirected towards frontline services for all?

Instead of placing such potential savings into the longer term, they should constitute a key theme in a medium-term growth strategy.

Another sop to populism was the decision to cap domestic rates for three years. Surely welcomed by households, but only postpones the day of reckoning when billions of pounds have to be found for a budget appropriate for our true needs in health and other services.

Put another way, it is like getting an extension in the term period on the mortgage of your negative equity home, while the plumbing and electrics still need repaired.

There are appropriate lessons to be learnt from elsewhere. The Republic of Ireland’s experience in transforming from a woeful macroeconomic situation has been often cited. While the conditions do not apply here, the drive for private sector vitality must not be discounted. Likewise, the experiences of Scotland and Sweden are instructive, especially in the latter case, the linked issue of ‘social gradient’ helping build a fairer and more effective economy.

Meanwhile, although conflict resolution in areas of deep deprivation may not have much relevance in terms of finance policy, there is ample evidence that economic growth is assisted where the circumstances that cause the underlying societal division are addressed.

This is rational, as otherwise the enmity always threatens to undo all of the sound economic policy work.

The time to progress our economy is now.

There is a vital role to be played by the business community, no longer with the begging bowl, the mendicant mentality and the ‘Chichester Street cash card’, but with positive, outward-looking and creative ideas and examples.

If the post-ceasefire political situation was too tenuous at the time of the Good Friday (Belfast) Agreement announcement and subsequent referendum, then the display of Northern Ireland plc by our local Ministers to audiences outside should at least indicate that they are willing to listen, to learn and go for growth.

The next step is to progress the agenda to the decision-makers. Exciting and brave work has been undertaken by many in the business community before. Now the effort must be broadened and deepened. Who is up for the challenge?